We are happy to announce that we've added a new Skirmish map to the game!

The map is called "Normandy coast".
As it follows from its name, you are going to fight on the beautiful shore of the ocean on the north of France. Fierce fights have already taken their toll on these territories, as evidenced by fallen aircraft and sunken ships. But the war is not over yet. 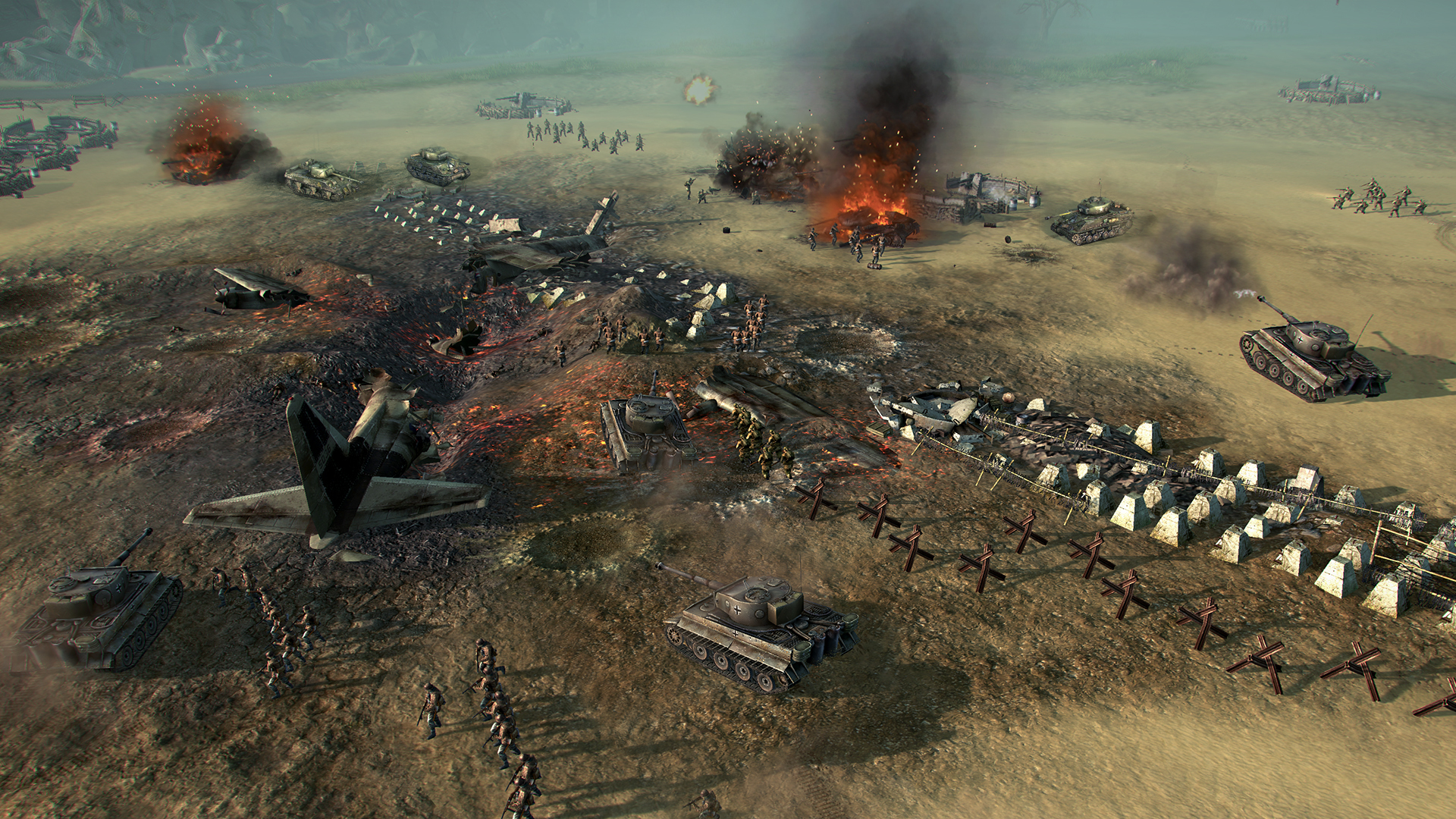 On this map, one side will receive reinforcements from the ground, and the other from the sea. A long line of coastal defence lies between you and your opponent, where two irreconcilable forces clashed in battle previously. Do not let the efforts of your comrades be wasted!

There are lots of pillboxes and anti-aircraft guns left on the battlefield by enemy and allies which you can use to your advance. Moreover, you can find as many as 6 howitzers on the map, the capture of which will provide you tactical superiority.

This map is available only for 1x1 Skirmish battles at the moment.
In the foreseeable future, you will be able to play on it in the 2x2 and 3x3 Skirmish modes.

Hope to see you soon on the new battlefield!